To pass away the time, to draw in the punters and, well, because it’s a fun thing to do: drawing happened. A lot of it. Here are the ones that I produced. 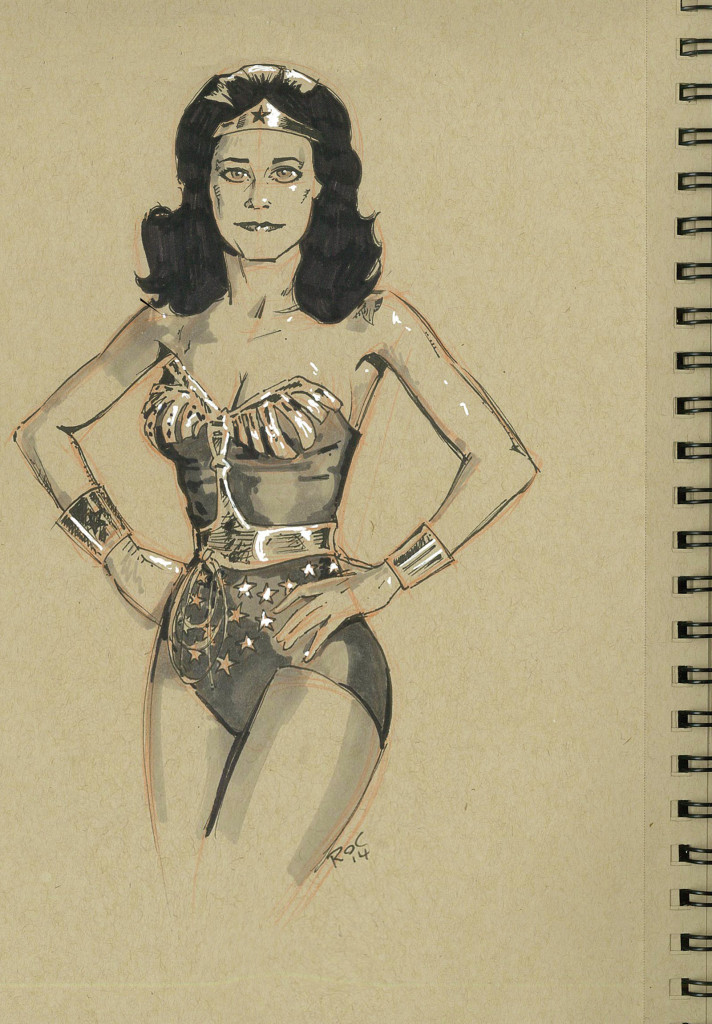 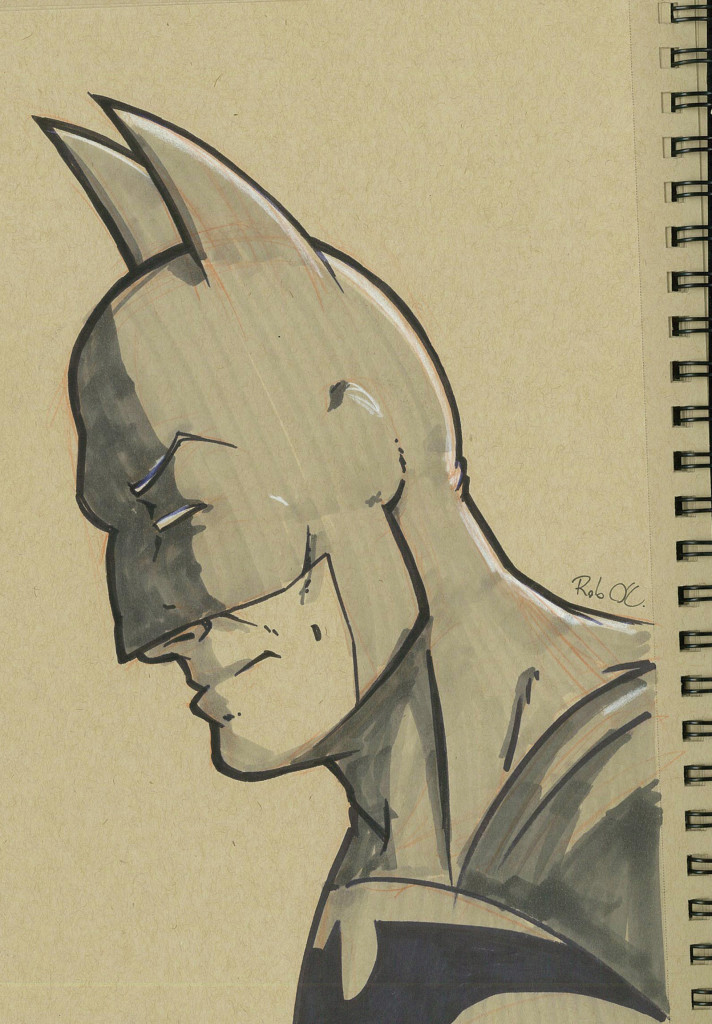 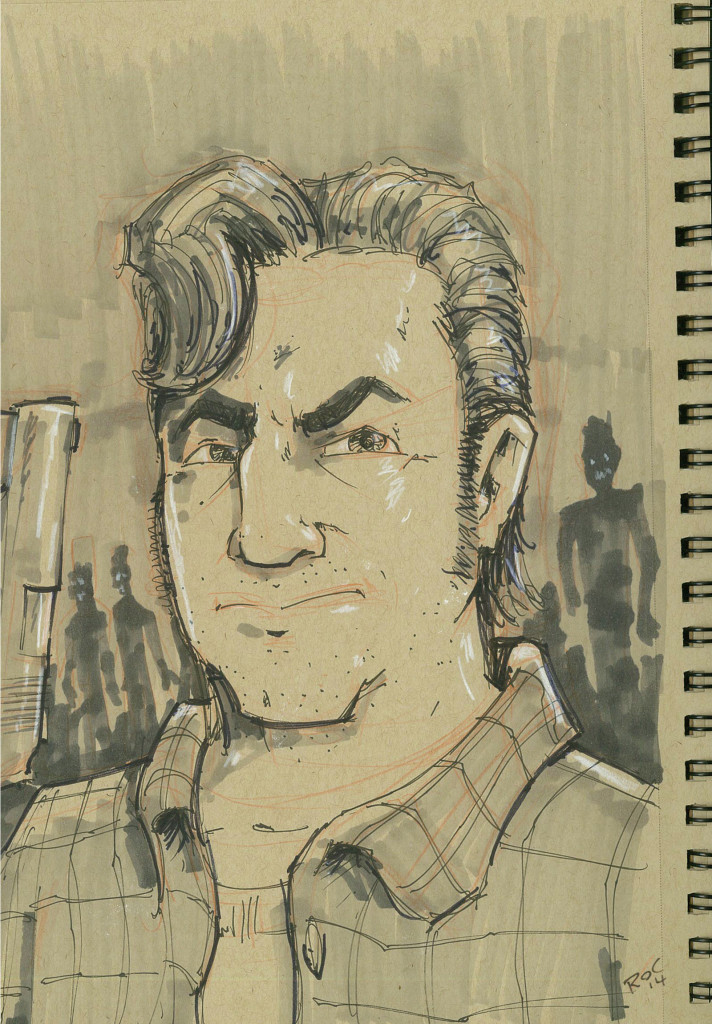 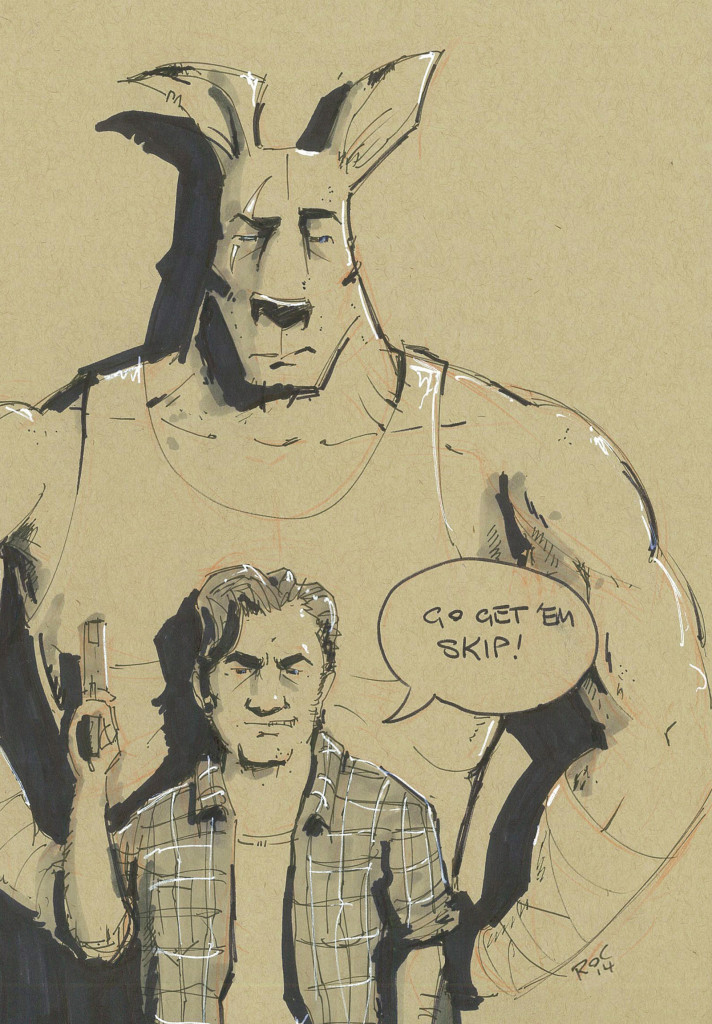 A request from Darren: to draw Rufus (Killeroo) and Dave battling. I thought it more fitting that they teamed up. 🙂 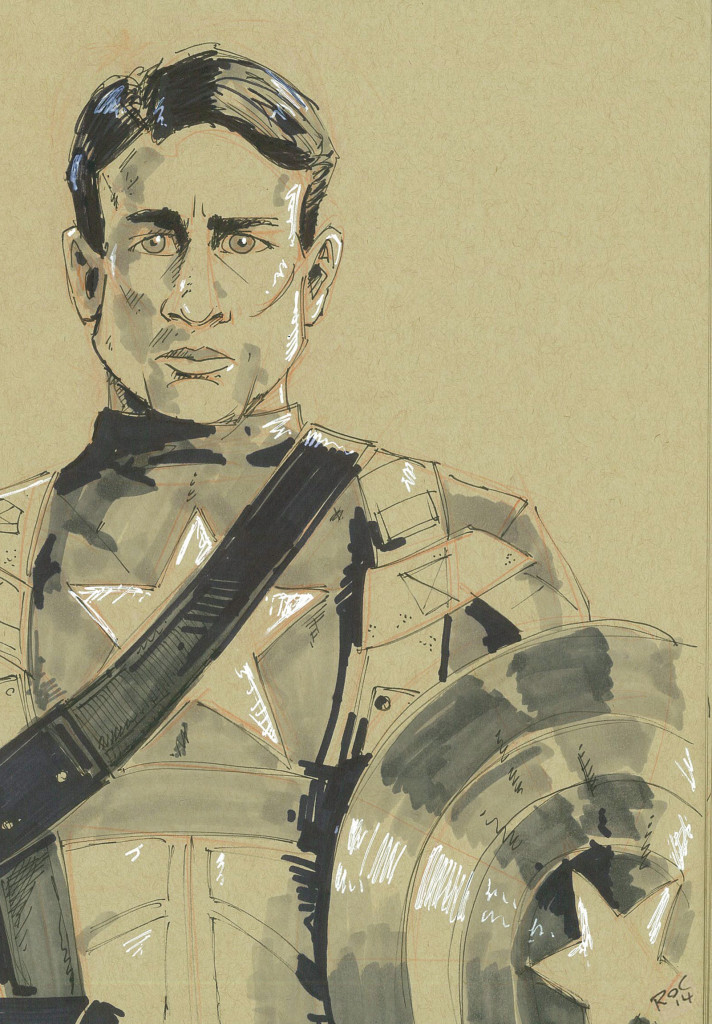 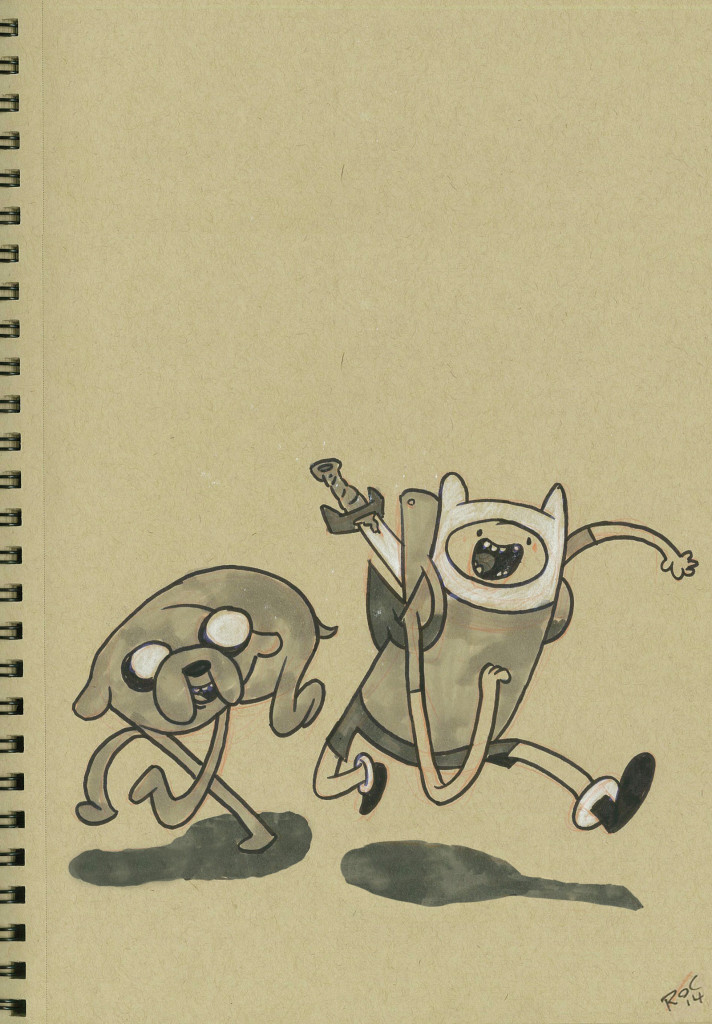 Things got a bit slow on Sunday, so I drew the Adventure Time crew to see if it would attract attention. It did (a little), but then they promptly left without opening their wallets. Curses! 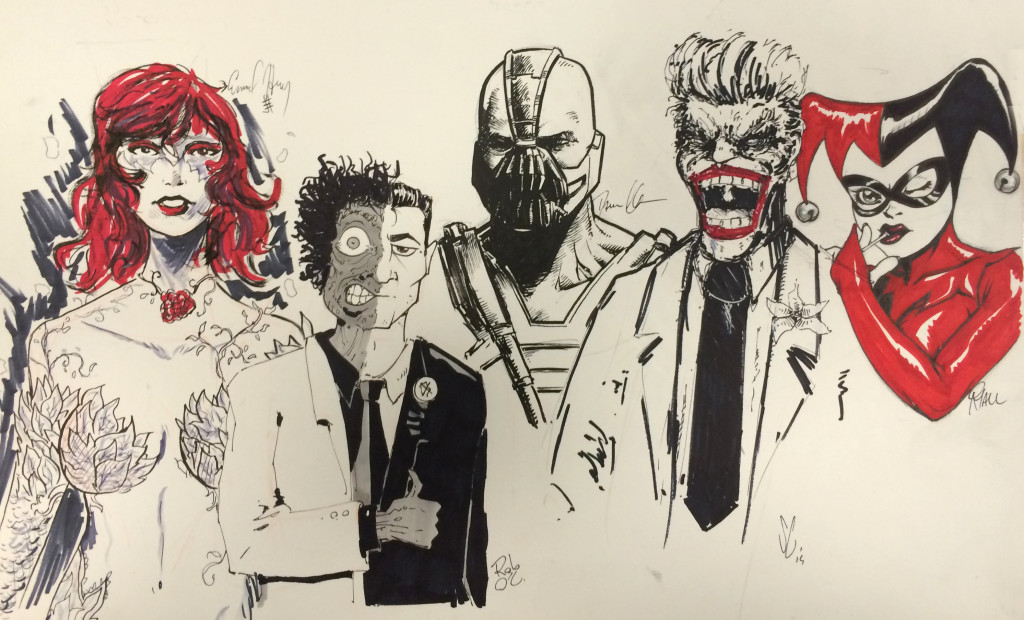 Two Face by myself

The Joker by Stewart Cook 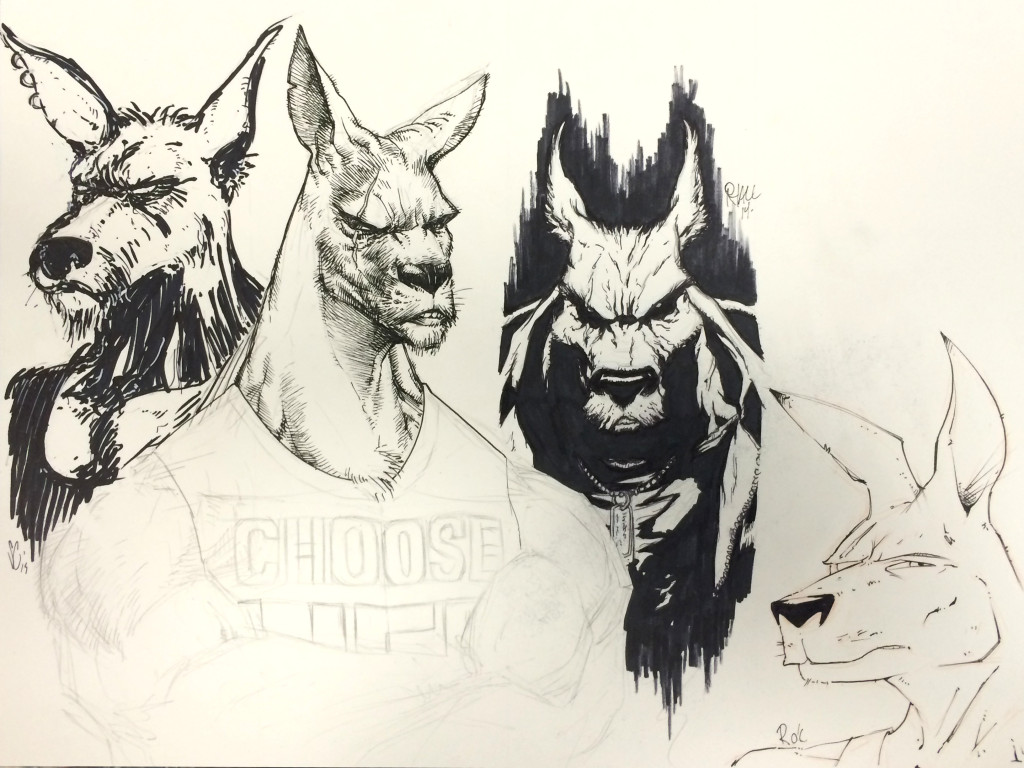 … and finally, an awesome rendition of Dave by Matt Hall, aged 8! 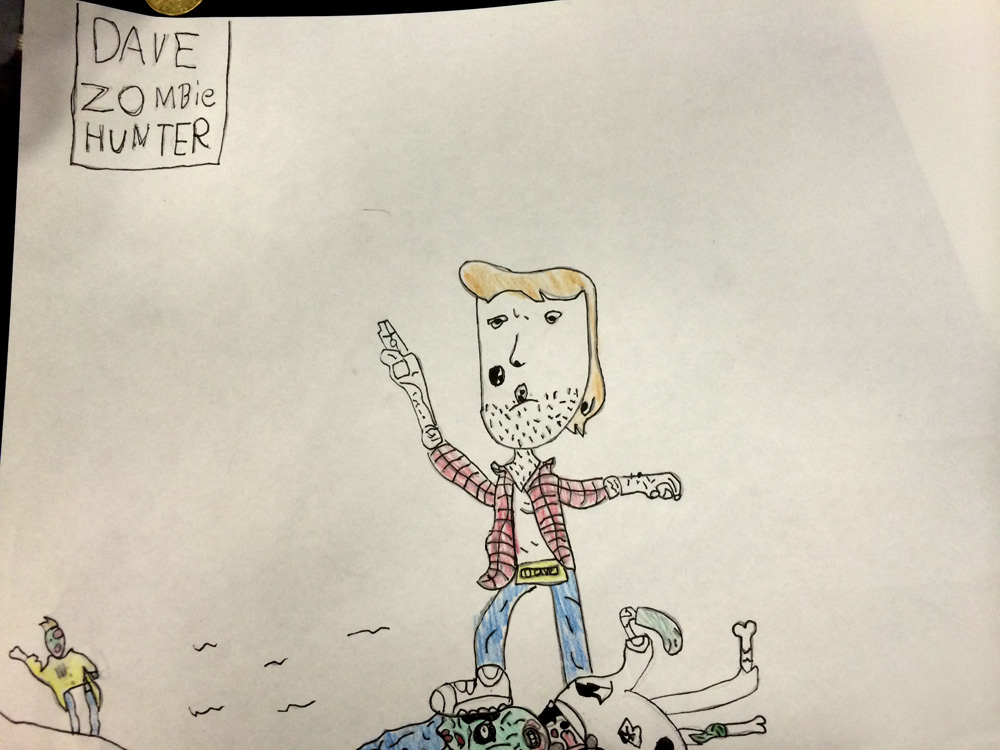