For the OzComics Challenge. When they named the 1960s TV Batman as the topic, it was a problem. I’d already draw Adam West’s character in almost every other Batman-related challenge the’d had. 🙂

So I ended up flipping it and making a cartoon based on Batman’s darkest point – the death of The Joker in The Dark Knight Returns. People seemed to like the twist (pun intended), which is what you want in the end. 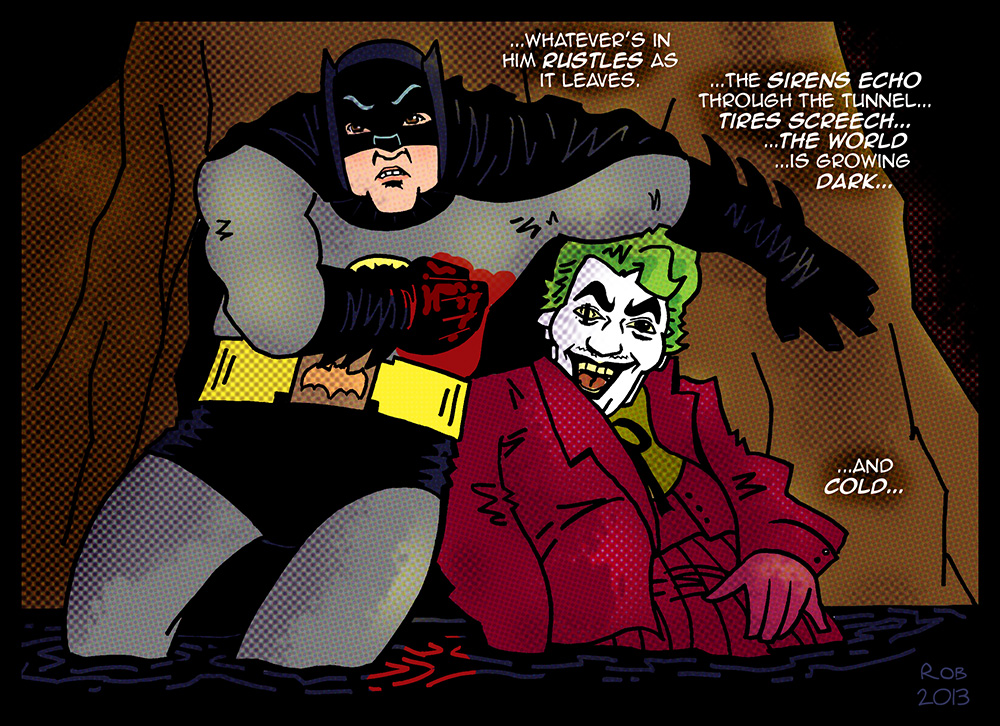