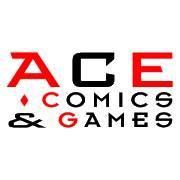 DSJ is now available at Ace Comics and Games (with a rather good review to boot)!

Deathship Jenny is a new Australian comic and I think it’s pretty bloody neat.
Set in the year 200 AR (After Revolution), in a post-scarcity, fame obsessed future, the series centres on Jenny McCurdy, the former child star of ‘Deathship Jenny’, a TV series in which she, and a trusty crew of Space Pirates, battled the Martian Horde!
Four years later, and despite being an extremely gifted engineer, her life is an endless series of micromanaged publicity stunts organized by her obsessive stage parents, and she’s decided she wants MORE than her 15 minutes of fame.

The art and writing on this by creator Rob O’Connor is extremely solid, and features a bunch of great interstitial material (in-world advertising which gives some neat information on the setting without heavy exposition) by an array of top-notch local talent!
In some respects, it reminds me of Alan Moore and Ian Gibson’s amazing ‘The Ballad of Halo Jones’ from ‘2000AD’ in the way it combines an amazing future world, culture and technology with the mundane grind of everyday life.

The first two issues are on sale now at both Ace Comics & Games Stores.